Caffeine Bullet (the chewable energy brand) secured a £60k investment on Dragons’ Den from Peter Jones and Steven Bartlett, in exchange for 25% of the business.

It’s an innovative energy chew, that’s packed with 100mg’s of caffeine per chew, for athletic performance: it kicks in faster than energy gels, energy drinks, caffeine pills, and coffee (due to it being chewed directly into the bloodstream).

The brand was launched by the ultra-running and marathon champion, David Hellard in Brixton in 2017, off the back of a Kickstarter campaign.

“We went on sale in 2018 with our chocolate orange and mint flavour. The products are made in Yorkshire, and now, we’re one of the top-selling brands in sports nutrition on Amazon. We’re used by several top level athletes and ultra-runners, and we won Editor’s choice in the Women’s Running Magazine awards for race nutrition,” said David.

David came up with the idea for Caffeine Bullet, whilst he was racing the marathon des Sables (the ‘toughest footrace on earth’) across the Sahara.

On day two, he hit a wall, so he reached for a caffeine pill, but he dropped it, and he lost it in the sand. This led him to wonder why there wasn’t a more convenient way to take caffeine during exercise. 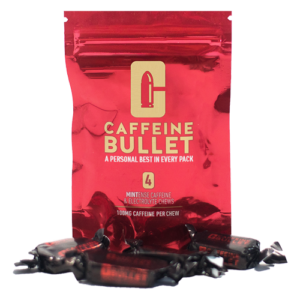 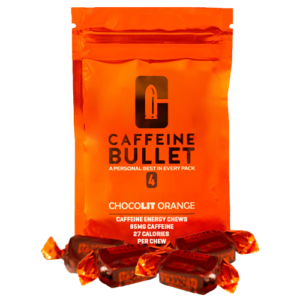 Caffeine Bullet is not only used by athletes, but it’s quickly becoming a salvation for tired parents and busy workers, allowing them to get back to their best faster, without the empty calories of energy drinks.

David has won marathons on three different continents. He helped England to a bronze medal in the Beer Mile World Championships, and he won a Point of Light Award from the Prime Minister for raising over £100k for Street Child.

Also, David (from Peckham) hosts one of the biggest running podcasts in the UK, ‘Bad Boy Running.’